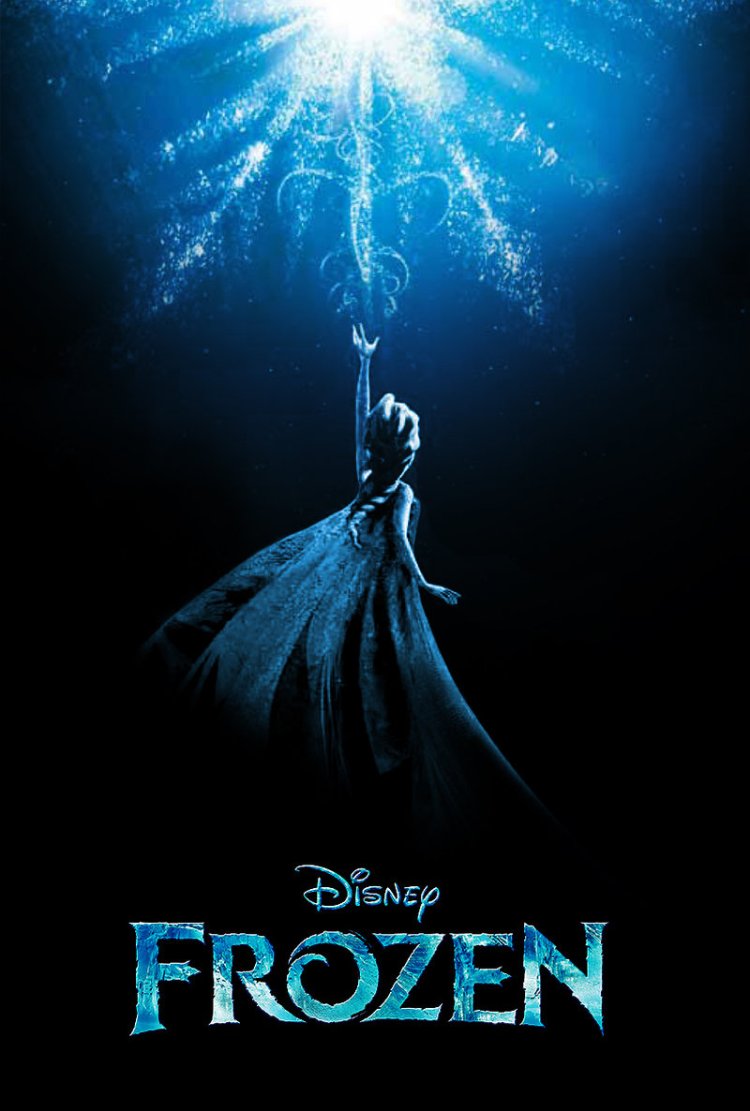 Frozen is #8 on my top films of 2013 list. Besides World War Z, it’s the only film I’ve seen twice in full from the past year.

The mission? Keep the review beneath 1000 words. So I’ll be brief and swift.

Speaking of, the animated short shown previous to the ice-harvest open, Get a Horse is a brilliant piece of animation. I love seeing something completely original, smart and thought provoking. It lost the academy award, but can’t comment because I haven’t seen the winner, Mr. Hublot, yet.

The trailer; saw it way, way ahead of time when it was first released. Wasn’t all that pumped for the movie because the short’s devoid of narrative content. The reindeer and the snowman fight over the carrot nose on a frozen pond, and antics ensue. It wasn’t boring, but not overwhelmingly great either.

I liked the no-spoiler trailer.

So I think the lesson to take away, yet again, is know as little as possible about the plot previous to seeing the film.

Is she the thirtieth? Is that even possible? She can’t be an ex porn-star, can she? I didn’t know women had suffixes, let alone such a gigantic one. And I’ve never heard of a man being anything above a VII.

Based on the story “The Snow Queen” by Hans Christian Andersen, Frozen’s the newest addition to a list of Classic Disney Animated Features spanning back to the debut of Snow White and the Seven Dwarfs in 1937.

It’s no secret I’m a huge fan of Disney animation, but you’ll hear me groaning the loudest if I see that trailer for Planes 2 ever again. The Planes franchise is an inconsistency in life I’ll never get a grasp on. I highly admire the Walt Disney Company but have no respect for their misleading me into the clutches of Planes. It’s a horrendous movie, and has been falsely marketed as an outgrowth of the Cars universe.

There’s this weird market for horrifically bad animated stories. I think it’s intended for kids in kindergarten and below. Because Planes is such a considerable downgrade in narrative and animation from Frozen I’m surprised they’re still peddling this boring crop-dusting crew.

I was purposefully duped into spending six dollars on the rental. I understand their desire for the alternative source of income, but this misleading marketing campaign is deceitful.

But we’re talking about chilly Frozen, with icy Elsa and Anna, the coolest narrative since Tangled.

And now we’re sidetracking to the classics of recent years.

2012 saw the release of two five-star Disney Animated Features: Brave (produced under the Pixar name) and Wreck-It Ralph. Two other movies deserving of a near perfect score were released in 2010: Toy Story 3 (which was darn close to five stars) and Tangled (which exceeds five stars.)

But my point is Disney’s on a hot streak. Hopefully they keep up the same quality for decades to come.

Okay, I promise, the rest is about Frozen.

It’s fantastic. That’s all you need for now.

If you haven’t seen it, do so. The less you know the better so beware the spoilers below.

Do you know who’s great?

Her breakout performance is hilariously understated in Forgetting Sarah Marshall, she plays a funny cameo in the old Starz comedy series Party Down starring Adam Scott, and the compelling role she played in the western HBO series Deadwood goes tragically unmentioned. I’ve been eying that Veronica Mars movie for days.

I really enjoyed Anna, the character Kristen does the voice for. Let’s hope K-Bell stays prolific.

Idina Menzel does the voice of Elsa, and I must admit I’m more partial towards her character than her little sibling. This cold dame wears a gown made of ice. The fabric billows like it’s malleable. I’m not positive one could weave ice fibers into a fabric, even with sorcery at immediate disposal.

She must be a master on that ice-loom. I’m not trying to be snarky, the physics of Elsa’s magic didn’t concern me in the slightest during the movie. The ice gown exemplifies the beauty of animated films. A wonderful sort of idea is created that can’t be captured in any other medium. If Frozen were live-action, we’d be much less inclined to buy the idea of a flexible sheet of solid ice.

Now, on to nuance. One of the best tricks in the Disney feature handbook, is the inhuman sidekick. For Wall-E it’s the cockroach, Rapunzel’s is a chameleon named Pascal, Pinocchio’s got Jiminy Cricket, and so on.

My girl, Jen Lee the Thirtieth, who also wrote Wreck-It-Ralph, spins a similar sidekick song with Olaf the snowman. The alternative groove is he’s a sentient snow golem summoned through Elsa’s sorcery.

Olaf’s voiced by the promising young talent, Josh Gad. You know him as one of the original costars of The Book of Mormon. He’s also the funniest part of NBC’s 1600 Penn, an underrated comedy and solid show.

I bet we’ll see him popping up in all sorts of comedic antics from now on.

I remember hearing on a podcast that J. Lee Turkey (that’s a bowling reference, running out of Triple X jokes here)  aims to invert classic Disney motifs. So, for example, the ‘princess’ element to the story is a small and almost insignificant point in Wreck-It-Reezy.

With Frozen, Jennifer Strikeout takes these inversions several steps further, and it’s an enormous benefit to the plot. The original conflict and its innovative resolution revolves around a pair of sisters, which isn’t something we’ve seen before, and just a ton of fun along the way.

Soon after the movie’s open, there’s a heart wrenching scene with Anna singing about building a snowman, as she grows older through the years without her sister.

Fiddlesticks; that scene just rips me to pieces.

So my basic point is, there’s some crying that occurs near the beginning of the film. I can’t remember another Disney movie like that, except The Fox and the Hound perhaps. Hunchback of Notre Dame’s another; I can’t stand to see Quasimodo pelted with that rotten produce.

And there’s some crying towards the end of the film. It’s a moving little cartoon, friends, and I think you’ll love it as much as me.

Disney as per the usual.

Good on ya Jenny Three Kiss.

Keep up the good work!