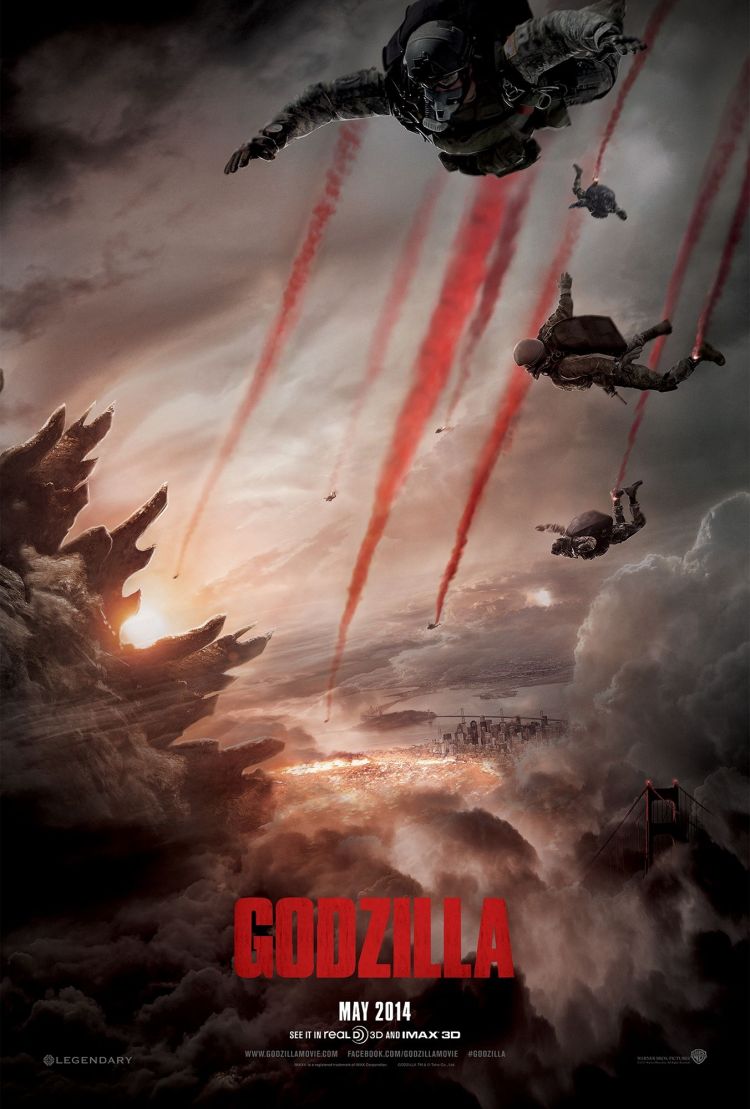 You know what that means?

Considering the premise, one might presume this movie’s unsuited to a teenage audience.

At its core, Godzilla’s a horror story, no?

In terms of genre, it belongs under the ‘Giant Monster Movie’ heading.

Here’s my top six, from best to worst –

To be fair, those are the only six.

Like most people, I missed 1998’s Godzilla starring Matthew Broderick for two reasons.

One: It’s a unanimous flop.

Two: My sole attempt at rental was thwarted.

A decade ago, after biking three miles to Blockbuster, I realized the disc had never been returned. Because why would they take down the cardboard insert, even years after the actual DVD disappeared?

I borrowed the subtitled original instead.

Never watch Gojira. Ever. It doesn’t hold up.

It’s noteworthy as a pop cultural touchstone, particularly in Japan, where it was clearly received as horror. But check Wikipedia if you’re interested – I don’t support ironic viewings.

Rent this year’s Godzilla if you’re looking for an inoffensive weekend flick.

I dragged my sister and brother-in-law to an IMAX 3D screening and all of us thoroughly enjoyed it. Both cited low expectations as a major contributor to their delight.

If you take advantage of the rental (available starting September 16), stream it on a big screen, crank up the volume and kill the lights. This isn’t ideal for an airplane.

What’s great is the sigh of relief: Zilla delivers on several levels.

The story isn’t cliché or flat. It’s well thought-out and nuanced. It’s not perfect, but it’s tough to hit the bulls-eye with mega-monsters that withstand rocket-powered artillery.

The visuals are solid, especially the CGI.

Now, this flick had the best trailer I’ve ever seen. Back when it first appeared in theaters, it was so creepy and built the anticipation. Unfortunately, the paratrooper sequence is underwhelming as a result.

Thus continues the search for any redeeming quality in the general practice of trailer viewing.

Sally Hawkins can be put to much better use. Although she delivers a more than proficient performance, it’s not a strong role. Which is similar to the part she plays in another great movie, The Double, released a week previous. But she’s outstanding in Blue Jasmine, even receiving the Oscar nomination for Best Supporting Actress.

Hopefully we see more of Sally in the future.

Other than Bryan Cranston and Juliette Binoche, the acting’s only okay.

All in all, Godzilla is great enough for what it is.

I’m sure the sequel’s going to give us, at the very least, a peak at King Kong.

Consider this a challenge to the filmmakers: Be original and release an ‘R’ rated sequel.

You may not make the same haul domestically (which is debatable), but it’d be a way better movie. Folks would applaud the creativity and ambition.

Plus, you could ratchet up the horror.

And who doesn’t love a good scare?