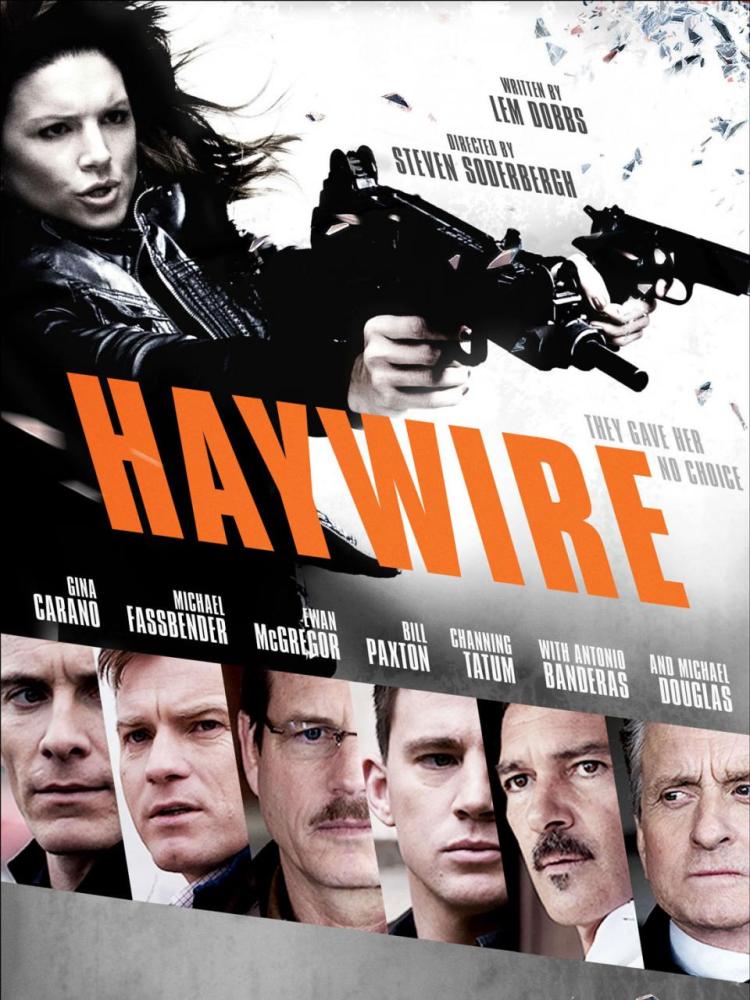 Specifically the urge to watch a female protagonist square off with a male in hand-to-hand combat, and realistically win.

I’ve never considered how ill-equipped women are for fist-fighting. But that’s probably a good thing.

With the long hair, the unstable shoe heels, and simply the lack of body mass for throwing punches; in reality, most male vs. female altercations won’t result in sophisticated brawls.

And I suppose that’s why we rarely see it in film. When reviewing Captain America: The Winter Soldier I mentioned how we never get enough combat from Black Widow, played by Scarlett Johansson.

The writing, directing, editing, casting, soundtrack/scoring and acting is fantastic. The fights are awesome.

Steven Soderbergh may be my favorite director. His movies never disappoint.

Side Effects podiums amongst the top three films of 2013. You may know him from the Oceans Eleven franchise, Traffic or Out of Sight.

Gina Carano’s biography on IMDB claims Soderbergh, “wrote the role of Mallory Kane specifically for her,” though the screenplay’s written by Lem Dobbs (who also wrote The Limey, another famous Soderbergh flick.)

I knew I recognized Gina C. She plays a great character in Fast & Furious 6!

Others may know her as the famous MMA fighter.

If you see the movie, you’ll understand why Soderbergh’s such a great director. The action is entirely more riveting without stunt doubles.

I dig that Gina Carano. She’s charismatic and lovable as the protagonist. Let’s hope we see more of her in future films.

The chase scenes are quietly spectacular. The plot moves along at a break-neck pace so you have to pay attention.

There’s something about the on-foot chase scene that’s gripping. When it really feels like the characters are sprinting for long periods of time, it’s so engaging.

Haywire’s stylishly edited and utilizes innovative storytelling techniques. One scene cuts between three different types of footage to show a trio of plots developing simultaneously. Plus, there’s no in-scene sound or dialogue, just the musical score.

The supporting cast is spectacular.

Come on. What more do you need?

Haywire is a top-notch action thriller available for HD rental through Xfinity OnDemand, Amazon or iTunes for $3.99.

There’s nothing special during the credits.

But it’s 93 minutes, and it’s an R-rated flick that men and women will both enjoy.