Elaborately set during the winter of 1981; it doesn’t feel very ‘independent.’

It stands at $4.6M in the box office, according to Box Office Mojo and Rotten Tomatoes; a tragedy considering it’s $20M production budget.

This may be a reflection of late distribution, finally releasing wide in theaters on January 30.

Which is intrinsically tied to its complete lack of Oscar nominations.

A gosh-darn-shame, considering the filmmaker’s credentials.

As the scholars say, J. C. Chandor is an ‘auteur.’

Which Google defines as, “A filmmaker whose personal influence and artistic control over a movie are so great that the filmmaker is regarded as the author of the movie.”

A less frilly description is writer/director.

Both were critically well-received, and particularly the former contains my stamp of approval.

In a way, he’s comparable to Woody Allen; relying less on elaborate cinematic sequences or stylistic editing, and focusing heavily on story and strong acting.

‘Great movies for adults’ is another way to say it.

A Most Violent Year’s no different.

The cast is phenomenal.

Oscar Isaac (of Inside Llewyn Davis fame) is fantastic in the leading role.

Albert Brooks is excellent, but did you expect anything less?

No; of course not. The man’s a master of his craft.

The word ‘snub’ is overly bandied about.

But if Laura Dern’s five minutes of Wild screen time total up to a Best Supporting Actress nomination, one can easily argue Chastain deserves it more.

All in all, A Most Violent Year hasn’t received the credit it deserves.

It’s written well, full of strong performances and compelling throughout.

Catch it in theaters while you still have the chance! 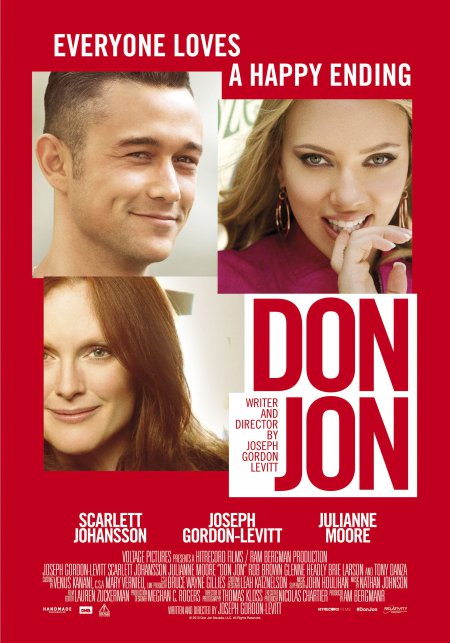 Generally speaking, Sundance is not my gig.

Call me shallow, but I incline toward major motion pictures, or feature films.

I rarely watch documentaries or independents.

And I thought a movie about a guy addicted to pornography sounded gross and off-putting. But I should have known; Jo-Go would never let me down.

The narrative is timely, stylish and thought-provoking. It moves along at a brisk, enjoyable pace with a cast of relatable and compelling characters. Starring, written and directed by Joseph Gordon-Levitt (who’s been one of my favorites for years) this movie depicts a regular guy, dealing with regular issues. And it’s great!

This is not the type of movie you watch with your girlfriend, your parents or your grandparents. Or your grandkids, for that matter.

It’s almost cheating with the casting choices made for this film. Scarlett Johansson’s one of the top actresses working today, Tony Danza was such a radical (but perfect) choice to play his father, and Julianne Moore is great as always.

First of all, Scarlett’s role as Barbara Sugarman, is nothing short of fantastic. It really explores the mindset of a certain type of woman. She’s so aware of her sexiness that she truly believes she inhabits a higher class of humanity.

It’s been a helluva year for Scarlett. Let’s hope she keeps it up!

The stylistic touches are probably what make the movie soar. Each shot adds to the story, and it keeps the pacing crisp as well.

If you haven’t seen Don Jon, it’s worth the watch. It explores a lot of truths that some may interpret as a misogynistic tone. I applaud Joseph Gordon-Levitt for writing such an honest, cutting edge screenplay.

Now, watch out for spoilers below.

It’s a bit of a time paradox if you think about it.

There are bursts of joy at times, when certain events occur in the manner you hope they will. When the stylistic fireworks go off, and pieces start to fall into the right places, you feel a swelling of happiness. And I think that’s noteworthy, given the limited storytelling that’s going on in Don Jon.

I love Acts I and II but didn’t adore the ending.

I’m not sure why. The whole movie skips along at such a brisk pace, but I never really enjoy the time he spends with Julianne Moore. It’s all just so sad and pathetic. But it’s not terrible!

I just found it underwhelming.

That being said,  Don Jon’s enormously insightful, brilliantly shot, masterfully edited, well-acted and just a good story all around.

Good on ya, Joseph Gordon!