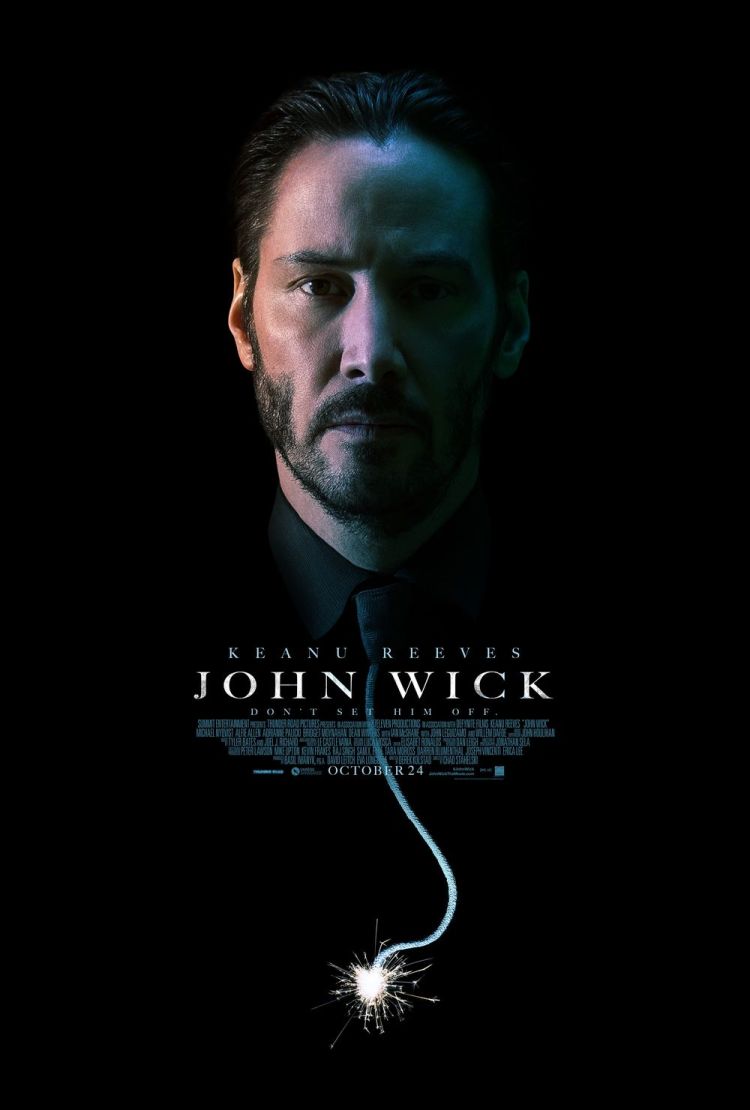 …is originally how I began this review.

Yet it’s the antithesis of my gut response to John Wick:

“Highly recommend for mainly male moviegoers,” my heart mentions as the credits roll.

“Isn’t that rhetoric unproductive? Shouldn’t we discourage that type of thinking?” my intellectual side fires back.

While reviewing J. Wick on The Screen Rant Underground, two of the hosts offer a counterargument in mentioning their wives’ dislike. One goes so far as to say she ‘hated it.’

(Side Note: The words ‘hate’ and ‘boring’ are the two most overused descriptors in the English language.)

‘Violence’ and ‘Romance’ occupy the extremities of the gender Venn diagram.

“It’s a social construct! The best movies lie in the diagram’s center! To mention the pattern is to perpetuate it!” the brain chimes in.

The inescapable reality is: The paradigm exists.

To put an untidy bow on my point: Isn’t it stilted claiming a movie is excellent (better than great), but for male audiences only? Doesn’t that imply John Wick is terrible, if viewed by a female audience?

Surely there are women who enjoy gun-fu. Shouldn’t they feel insulted by the suggestion?

Anyhow; you catch my drift.

John Wick is similar to Denzel Washington’s character from last month’s The Equalizer.

Both protagonists are similar to Tom Cruise’s Jack Reacher, who is also an ex-CIA agent.

Say what you will about his surfing abilities in Point Break, Keanu Reeves is terrific as the leading hombre.

Keanu’s John’s less virtuous, and less lady-magnet than Tom’s Jack, but they both can drive in reverse like champions.

Which marks the first of three lessons I learned from J.W. about firearms.

Lesson 1) If you must drive at enemy gunfire, do so in reverse.

Keanu’s acting is great. Soft-spoken and pragmatic; sympathy sits with him quite nicely.

Plus he does all his own fighting and stunts.

In the hand-to-hand combat; the viewer can tell he’s absorbing all the blows. He falls off a balcony!

The action scenes are phenomenal.

Throughout the entire film, the epic fight sequences rival the best in cinematic history.

The gunplay is realistic and grounded. You’ve never seen such concrete shootouts.

Lesson 2) Due to recoil, handheld assault rifles can only be fired in bursts.

Wick manages to dispatch a number of thugs in an organic fashion.

It especially illustrates the possibilities for less cutting, and more believable action in the film industry.

Lesson 3) Those who wield a pistol at the ready (like a cop entering the home of a serial killer) live longest.

The stuntwork is absolutely spectacular; far too much fiddling with convention to mention.

During an explosion, there is an actual stuntman in the foreground nearby the exploding material.

Alfie Allen catches critical heat for playing a similar role on Game of Thrones, which is unnecessary. He does a fine job for what he’s cast as.

Ian McShane is terrific as always. Somebody’s not paying him enough.

Willem DeFoe plays a man who serves vegetable puree rather than booze at a meeting of criminal wits. Yet another shiny bullet on DeFoe’s lengthy list.

Ironically enough, the only time I was ‘taken out of’ the movie is during footage of her stunt double.

Finally, the off-type villain is performed excellently by Michael Nyqvist.

John Wick may be the poster-child for breaking cliché; which is shaping up to be the number one theme for cinema 2014.

Catch it in IMAX while it’s still in theaters.

There’s no stinger after the credits roll.

But hey. I’d be down for a sequel.